Are some males Women? Thread:

People with certain anatomical characteristics – including vaginas, vulvas, clitorises, uteruses, and with the capacity to menstruate, get pregnant, give birth and breastfeed – face discrimination and violence on account of these characteristics.
1/

These people share their anatomical particularity.
Almost every single person born with a vulva is also born with a vagina, clitoris and uterus. Most of these babies grow up to menstruate, and to have the capacity to get pregnant, give birth, lactate, and go through menopause.
2/

We used to call these people women & girls, and define them on account of their being female. That made it possible to talk about, and to campaign against, sex discrimination and sex-based violence.

The discrimination and violence against this group of people begins at conception and lasts throughout life, until death.
ALL of the following target this group – either exclusively, or disproportionately:- 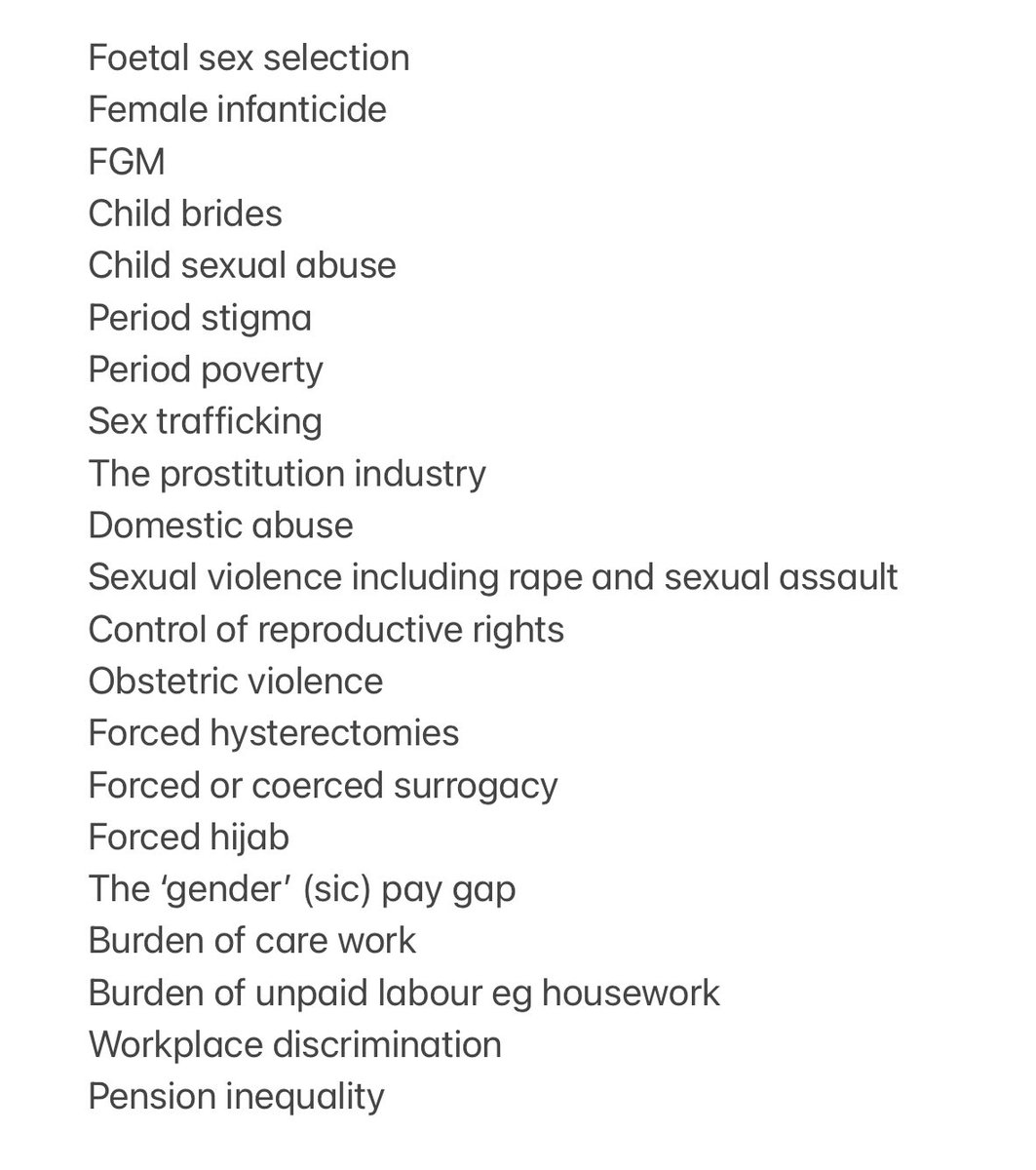 People from this group are under represented in politics, in STEM, and in positions of power and influence in almost every field – from business to finance to sports to media.

If the group of people targeted by these distinct and particular forms of discrimination and violence, which are predicated and often carried out upon their anatomical particularity, can no longer be called women & girls, how then do we describe them?

Preventing people with female reproductive sex characteristics from using the words they have always used to describe themselves – woman, girl, female, mother etc – amounts to a fundamental violation of the basic human rights of female people.

Branding us “hateful” for saying we’re female is offensive.
It is repressive, regressive, authoritarian and misogynistic.

This is an all-out assault on women’s rights.

It is completely unacceptable – and no left-leaning person should ever countenance going along with this.

Stop conflating sex and gender.
Stop stigmatising and vilifying women for pointing out that we are not male and that males are not us.
And start standing up for women as a sex class.

We are standing up for our sex – for our mothers, our daughters, our sisters, and our selves.
Because women as a sex class do exist, and sex is observably, objectively real, and politically significant.

Women are female and sex matters.

That’s the thread in a nutshell.