Women and the public loo…

The campaign for toilets was not about having a whizz, lads, it was about what we can understand now as the human rights struggle for women to exist and move in the public space. A human right that men have always and will always have. Let me explain in a little thread. 🙂

Before we had the vote our 19th century feminists fought intensely with campaigns for ladies toilets. A group called the Ladies Sanitary Association organised lectures and published leaflets and posters highlighting the campaign over four DECADES, they were persistent.

Up to that time there were public mens toilets but the men in charge saw no reason to provide women with toilets, and so, if caught short Victorian women would be forced to squat in the gutter, hidden by their long skirts. No doubt a humiliating experience.

The campaign was eventually so successful it is impossible to imagine a time when women would have no toilets available, but I wanted to highlight exactly what the ladies toilet is and what it means to feminism.

The feminists who campaigned were not just after a place to take a whizz. They argued that if women had no toilets they were effectively being barred from public life. They felt that the oppression of women was organised by the ‘regulation of women to the private sphere’.

In other words a lack of toilet facilities excluded women from the public sphere. This was how men wanted it, and they vigourously opposed the supply of public toilets for women.

Our opposition now to male use of the ladies toilets has been subjected to, at best dismissal, at worst condescension and derision, an overdramatic and unwarranted overreaction, a hysteria. This is order of the day for feminists, &shows things have not changed in how men view us.

We are branded hysterical or man hating (in this case men wanting to be women) is despite NUMEROUS incidents where cross-dressing males have, without the law on their side, done exactly the sort of things we are highlighting as possibilities.

In a time where thousands of up skirting videos are uploaded to the internet on the hour, how can it be that women are being called hysterical for warning against enabling predatory males access to our loos?

Sheila Jeffreys said, “The problem of creating a right for men to enter women’s toilets is that some men have a clear interest in the sexual excitement that they can access by violating women right to human dignity in such places”

It is concerning because Gender Identity laws extend the right of access to men regardless of whether they have gender dysphoria or even if they identify as women permentantly, or at all.

Beyond the up skirting and danger of young females being trapped in small spaces with predators, there is also the fact that a woman’s loo is an area of escape. Most women will know the feeling of taking a moment in a loo when needed…

… it is a place where posters and leaflets for womens crisis centres and information for sex traffic helplines and domestic abuse lifelines are often displayed. They are retreats where women can find one another, rest a moment, a sanctuary outside of the presence of males

Already in the UK and Ireland young women, including my own daughter, have abandoned sports day, or swimming lessons or skipped school altogether because of unisex toilets and the male harassment that happens there.

Its hard enough to use a tampon in a ladies loo without worrying that the class messer will pop his head over the door. Even if there were no safety concerns — what about the dignity we should afford to young girls and young women, and to old women too while we are there.

It’s egocentric , as a woman, to think “well I don’t mind so there is no problem”. If even one woman does not content to share her safe space with a male, that’s the deal off the table.

Lets stop putting mens desires ahead of the human rights of young women and girls, the need for safe spaces in public for women, the need for freedom in the public sphere for women, and a safe place to find a phone number, take a pregnancy test…

Just remember without the Ladies Sanitary Assoc. women would not have undone the ‘urinary leash’ and would not have had the freedoms to meet, talk and organise and eventually form the women’s movement 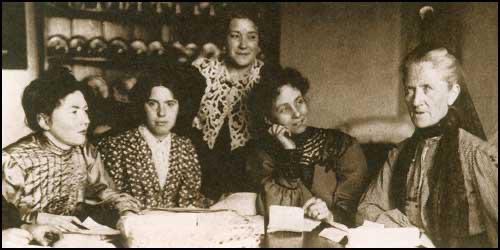