“Lily reveals that she was previously assigned male at birth. She passed away after noticing her first black whisker on her face, causing her to die from sheer anguish.

Being a zombie is a blessing; now that she’s undead, she won’t go through puberty.”

The whole obsession with and fear of puberty in the trans movement has, at times, struck me as pedophilic in a subtle way, one which is hard to put into clear terms or meaning, but which implicitly fetishizes adolescence.

It’s worth noting that what Westerners interpret as “trans” (ghosts, zombies, body-swapping in anime) are more accurately described as Japanese stylings of myth and ghost stories, since a belief in spirits and reincarnation is a part of Japanese culture.

You could even accuse transactivists of fetishization by projecting Western values. Certainly young girls in anime are fetishized, but add to that the Western projection that this or that character is a “trans” character, which is a projection of adult sexual ideas onto children.

“Fans of lolicon [may] enjoy the media because they identify with the girls. Professor Masahiro Morioka, believes that his interest stems from feeling like he grew into a man’s body ‘by mistake,’ and lolicon allows him to slip into the girl’s experience.”

“In a sleazy Tokyo district, dozens of middle-aged men cheer at a performer on stage: The object of their adoration is a six-year-old girl.

Decked out in make-up with ribbons in her hair, Ai is dressed like an adult, but still looks very much a child.”

Shin Takagi has shipped anatomically-correct sex dolls of girls as young as five to clients around the world for more than a decade.

“We should accept that there is no way to change someone’s fetishes,” Mr Takagi said.

“My youngest was six years old,” he says. “We filmed her in her bathing costume. Her mum was standing behind the camera holding her favourite toy so she would face the camera.”

Ryusuke Hikawa, an animation researcher and Meiji University graduate school professor, also praised the series saying that it “conveyed an affirmative message that men also can become Precure, being conscious of.. the importance of gender equality.”

In my prior tweet I highlighted an academic’s quote: “gender equality”, referring to telling boys they can transform into girls.

This is literally “gender equality”: men being “free” to adopt femininity. It does nothing to help women; instead it naturalizes harmful stereotypes.

“Gender equality” as a term has become bastardized to a very literal interpretation, namely that the constructs of gender (esp femininity) should be available modes of expression *for men* to use.
“Gender equality” has become a term to mean men’s freedom at the expense of women. 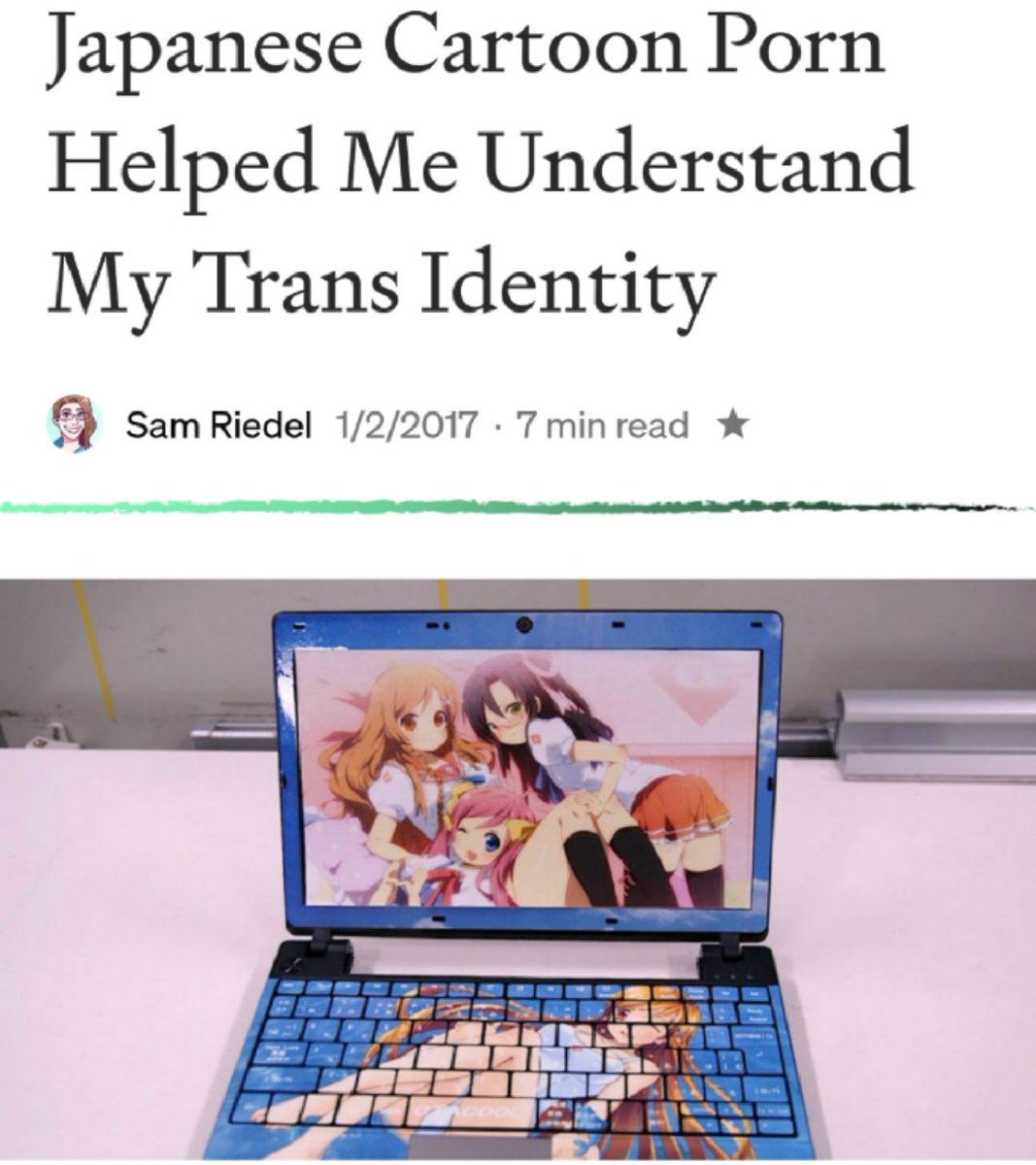 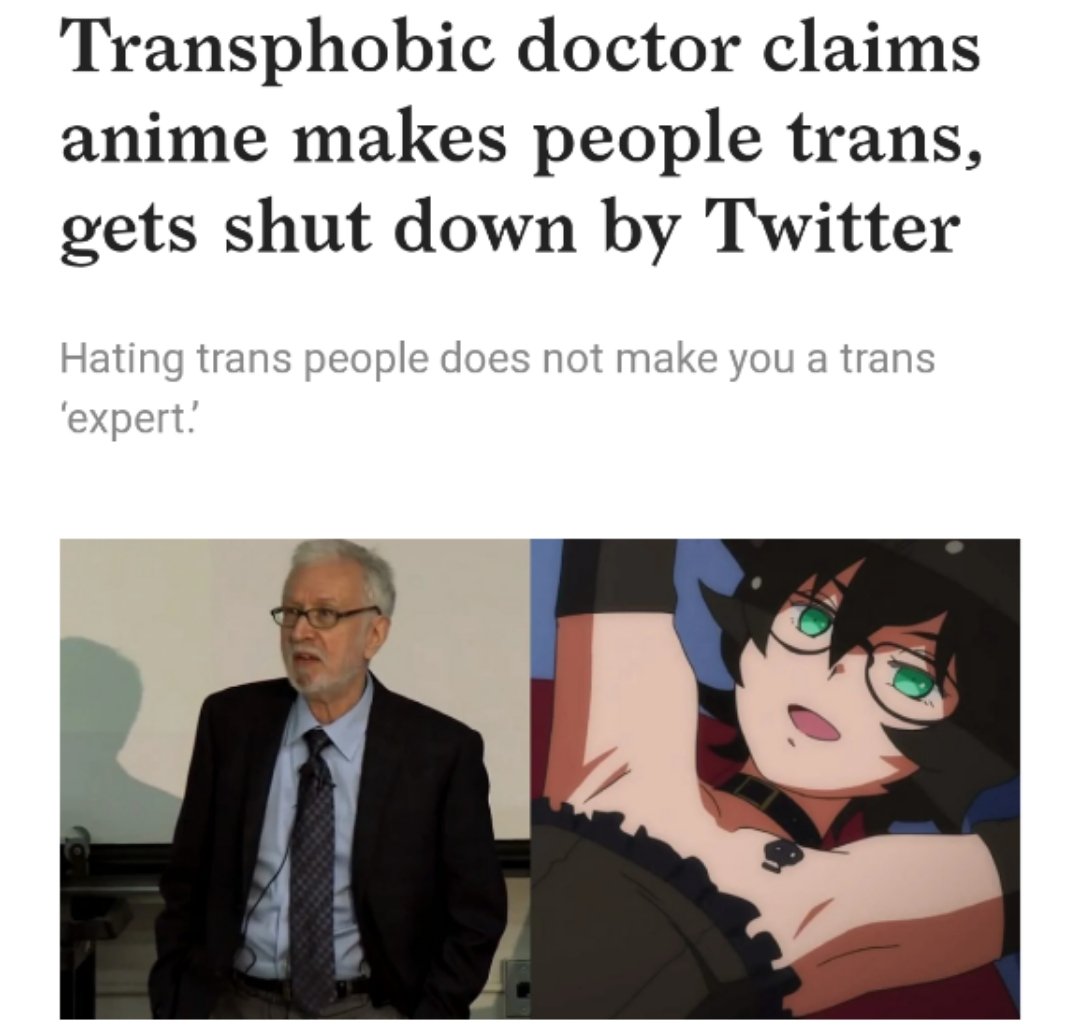 Apparently calling out AGP association with futa is associating a fetish with a fetish; it’s forbidden to talk about association. 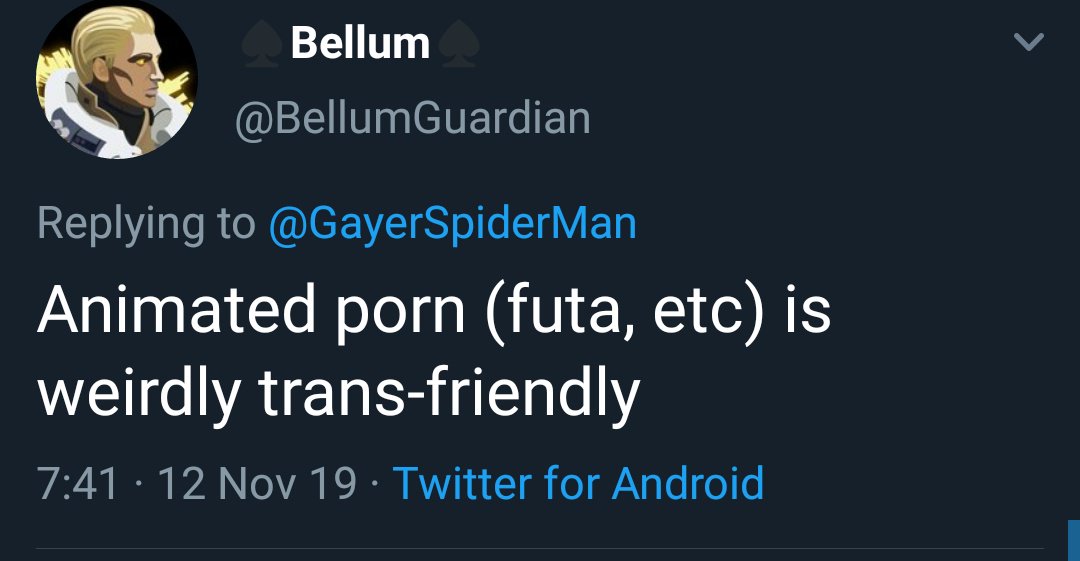 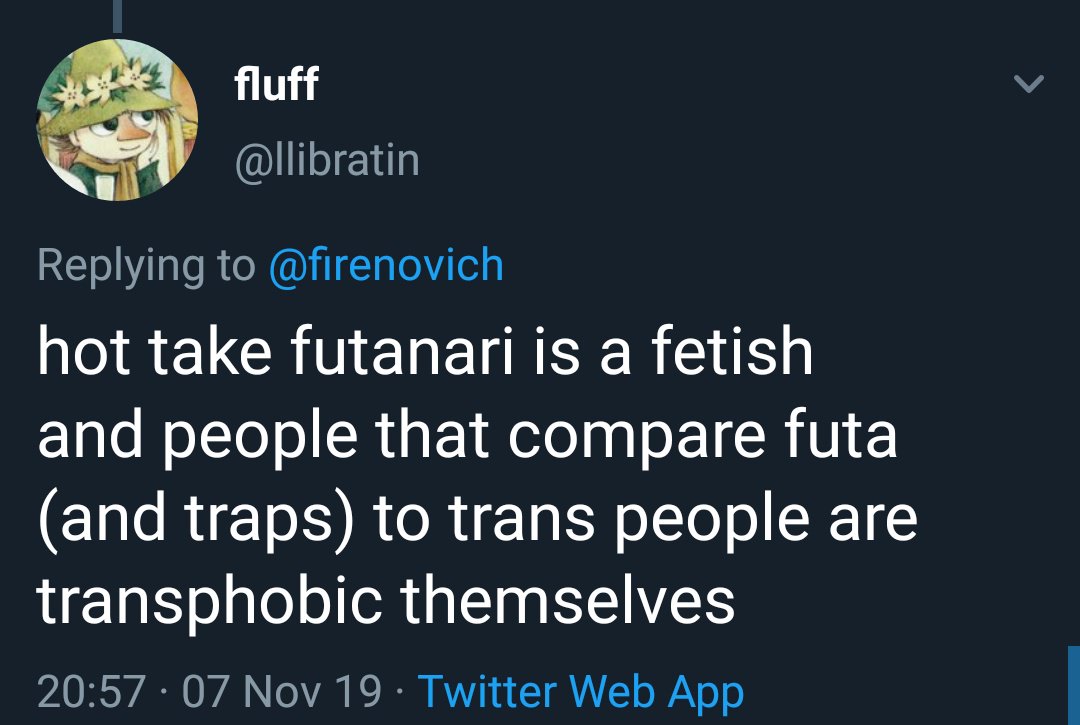 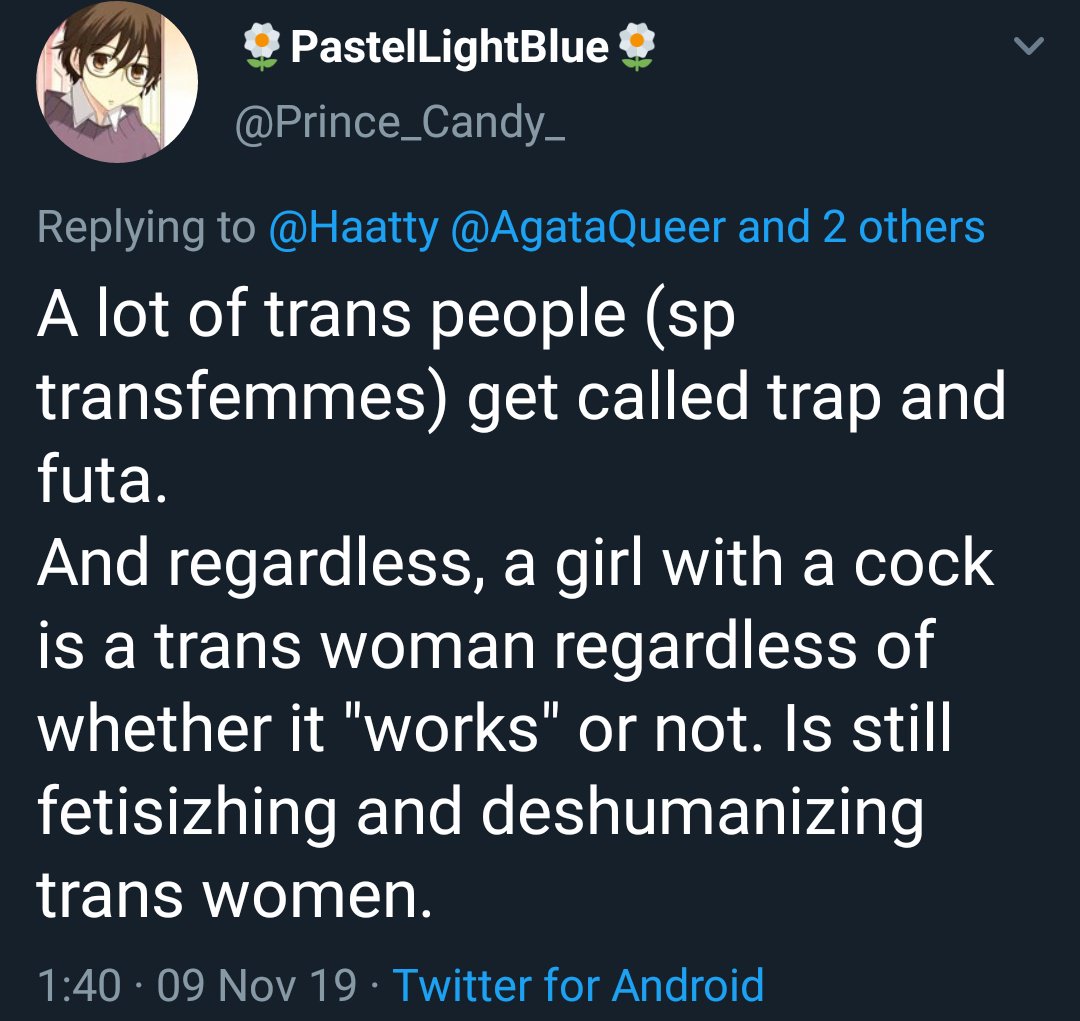 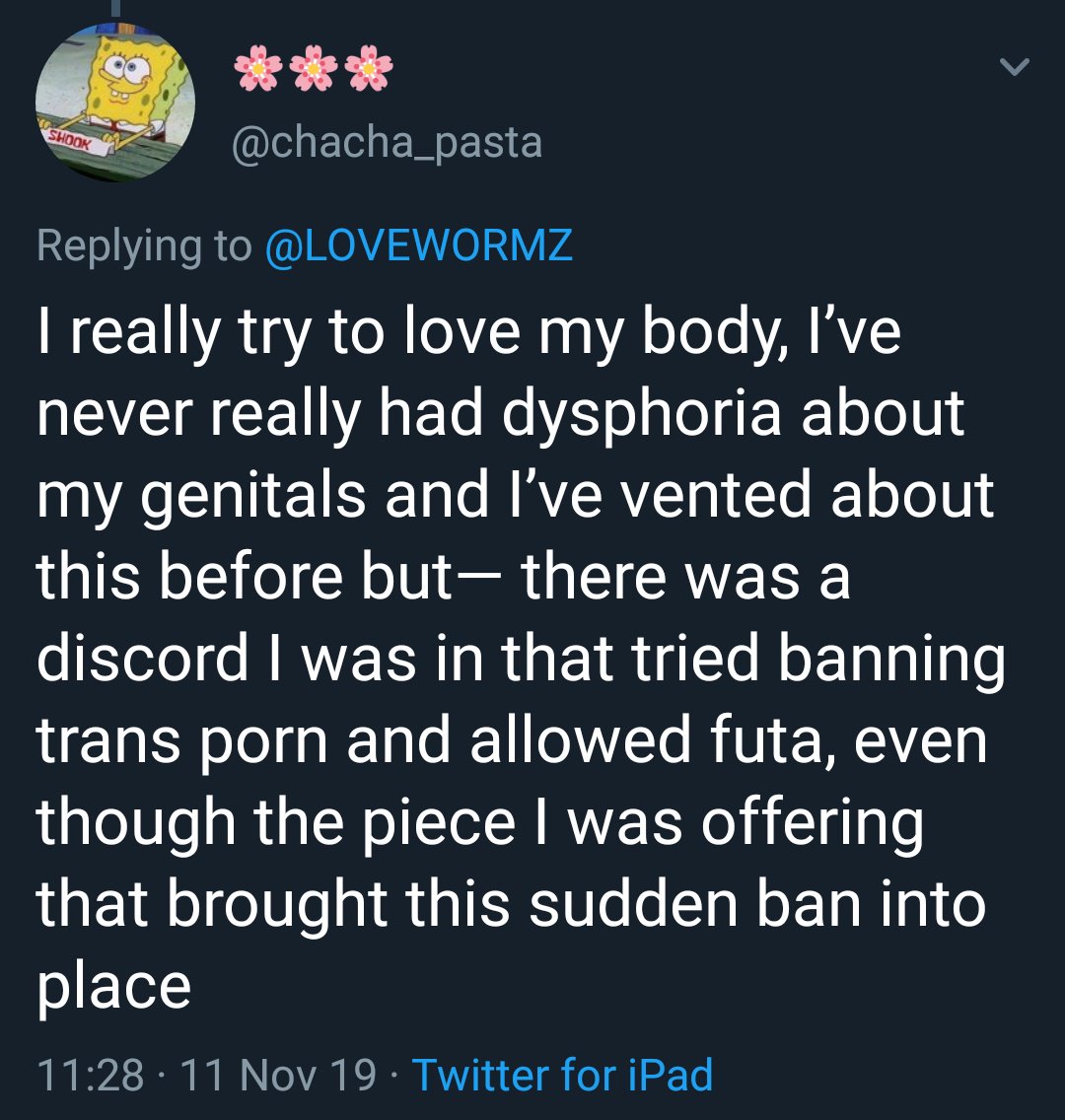 What makes more sense:
1) that women are so sexualized by society that men pick up on this, internalize it, and create a narcissistic other self as female, or
2) there are lady brains who inherently like makeup and lace, and these female brains are “accidentally” in male bodies?

Bishōjo: childish & sexualized cartoon girls.
“What would make grown men — and many if not most otaku are such — obsess over cartoon girls. Is it a sexual fetish? A Peter Pan complex?”
Is it autogynephilia? Or perhaps, a little bit of all of the above?

Japan only banned child pornography six years ago, in 2014.

Reducing the anime / trans connection to pornography and paraphilias alone is reductive.

Anime appeals to people on the autism spectrum, and research shows “trans” individuals are 3-6 times more likely to be autistic.

“I like dresses, therefore I must not be a boy.”

Now imagine that unrealistic idea being reinforced by the body-swapping and extreme gender stereotypes in anime.