This is the problem in a nutshell.

Female ppl are not allowed to have their own political class. They will be redefined as a new class, defined by the structure of their oppression – against their consent, against the expression of their own reality, and against their interests. 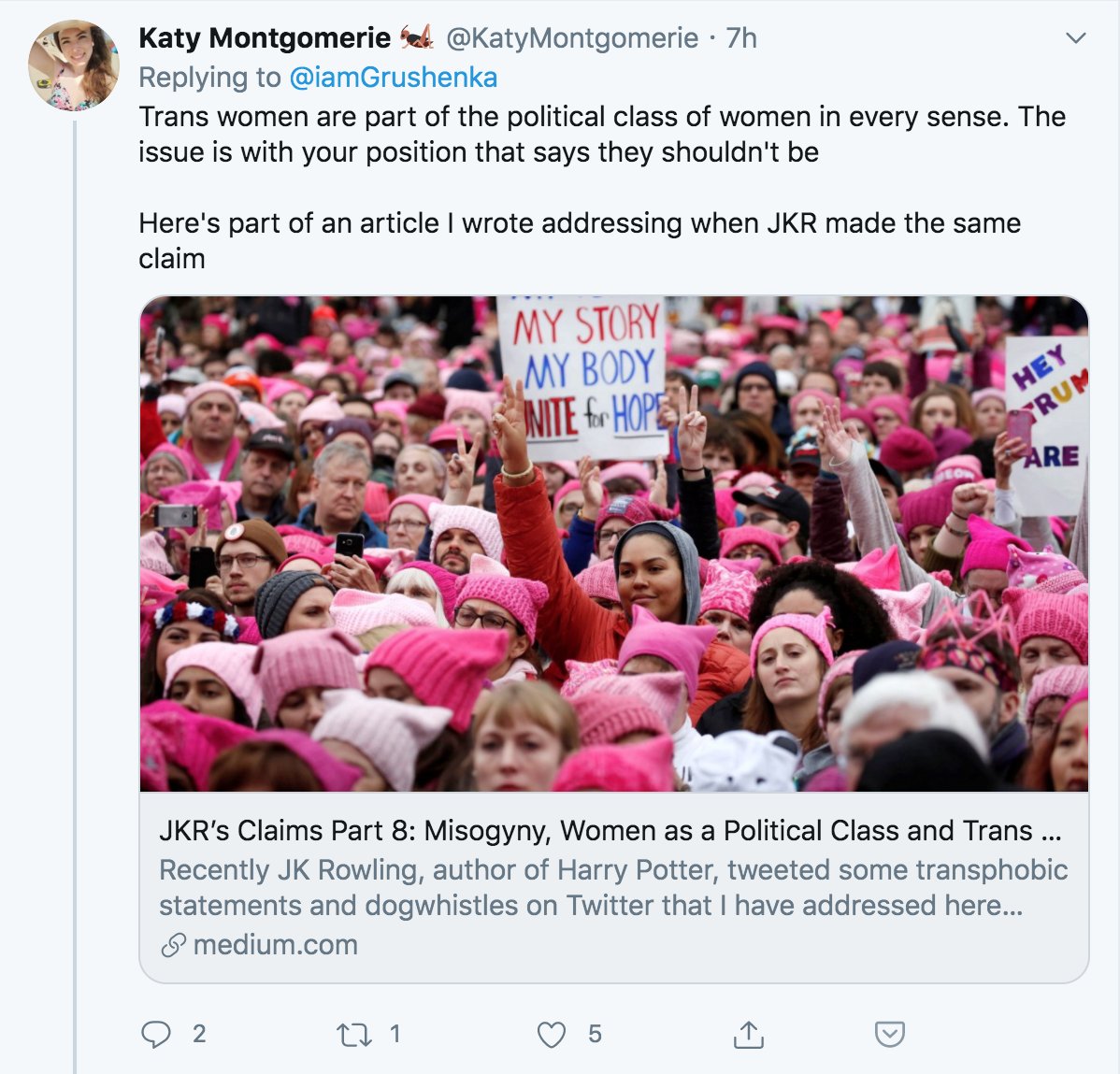 This is also a pretty frank admission that from Katy’s perspective the problem is women saying ‘no.’

Women having their own needs.

Women asserting their interests that stop other more important people getting what they want.

So here’s a thought…

I know it’s crazy and wild and difficult for you to grasp….

Guess who gets to decide what female people’s class politics is about, and what the political interests of female people are?

Because it’s not the people telling us we’re ‘weaponising our trauma’, that we’re not allowed to have boundaries, that we don’t get to define our own interests, that we’re Nazis, that we’re racists, and that we need to be totally cool with you politically erasing the axis of our

oppression and protected characteristic in law, and subsuming us into a bullshit gender class that has no objective definition other than ‘non female people’s thoughts and feelings about female people’ which, we keep telling you, has fuck all to do with our actual existence.

Is there any argument for having only a single political group? it seems to me this is just accepted by those who are for it and the arguments why are not put forward. There are some arguments for separate groups- they all have very specific needs- healthcare for example

Our bodies are not the same.

Our experience of gendered socialisation is not the same.

Our relation to ‘femininity’ is not the same.

Our experience of the power-structure is not the same.

Our trauma is not the same.

Our political aims are not the same.