If TRAs wanted rights, facilities, social acceptance for trans people, they’d have acknowledged the conflict and worked something out years ago.

They don’t. They want to colonise women. Don’t be gaslit.

If TRAs wanted rights, facilities, social acceptance for trans people, they’d have acknowledged the conflict and worked something out years ago.

They don’t. They want to colonise women. Don’t be gaslit.

If you enjoyed the scenario thread on cis/trans, please give this one a read and help out with the analysis if you can.

If you enjoyed the scenario thread on cis/trans, please give this one a read and help out with the analysis if you can.
https://t.co/ydD5vH6U5c

Redefining woman as an identity is not just a misogynist act; its justifications were misogynist as well and we need to find more in this vein and shout it from the rooftops.
#WomanIsTaken

I’ve really been giving this some thought. The trans ‘movement’ is a complete fraud as far as I’m concerned.

I’m South African. I lived through the end of apartheid, a massive human rights violation. People who had been denied the vote, imprisoned for demanding it,

subjected to state violence, impoverished, colonised, living in shacks, sat down and spent 4 years negotiating a new constitution which included strong protections for minority rights. There were some contentious negotations, to be sure, but basically it was a process of

thrashing out a framework which protected everybody and allowed us to live together without any one group being able to trample the rights of any other group. And the news was unspeakably boring. Endless policy debates and wrangles over clause 3.2.voertsek.

But we ended up with a constitution and a peaceful transfer of power, to general rejoicing, and Nobel Peace Prizes were dished out like smarties.

(Dealing with the legacy of apartheid hasn’t been quite as simple but that’s another story).

The oppressors here were white Afrikaners, my countrymen, who are some of the most hard-arsed buggers on the planet. They- we – were genuine oppressors and are now Hollywood’s preferred villain. This shit was real. And *even they* managed to negotiate a transfer of power.

So trans: Are there people with gender dysphoria who need access to healthcare and freedom from discrimination, and to be able to live and present in a way that’s more comfortable for them? Sure. And society should accommodate them, no question.

Does this impact the rights of other groups? Yes, as we can clearly see, so what we need is a trans indaba where everybody sits down, assesses everyone’s needs, thrashes out the competing rights issues, protects everybody, and produces a policy. Simples.

The *entire South African constitution* took 4 years, so this really isn’t a big job – six months would be ample. This is the sort of discussion that ‘transphobic hate groups’ like @Womans_Place_UK are proposing, and lots of transsexuals support this.

So why isn’t it done and dusted?

Because transwomen are so massively oppressed that asking them to meet with their ‘oppressors’ is tantamount to genocide, apparently.

Nelson Mandela, who was imprisoned for 27 years for the colour of his skin, could sit down with FW de Klerk and negotiate a settlement, but middle-class males who want their gender identity recognised will die if they have to come to a meeting with a bunch of feminists?

The transactivists being feted by the media are more oppressed than South African blacks were, and women concerned about our sex-based rights are worse than the apartheid government? Give me a fucking break, already.

There is *nothing* about this movement which is consistent with a genuine civil rights movement, and a campaign for rights (which no one is protesting) does not begin to explain their intransigent behaviour.

Autogynephilia, on the other hand, explains it perfectly. 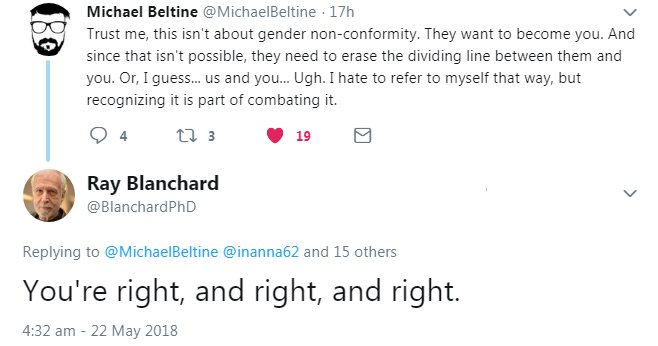 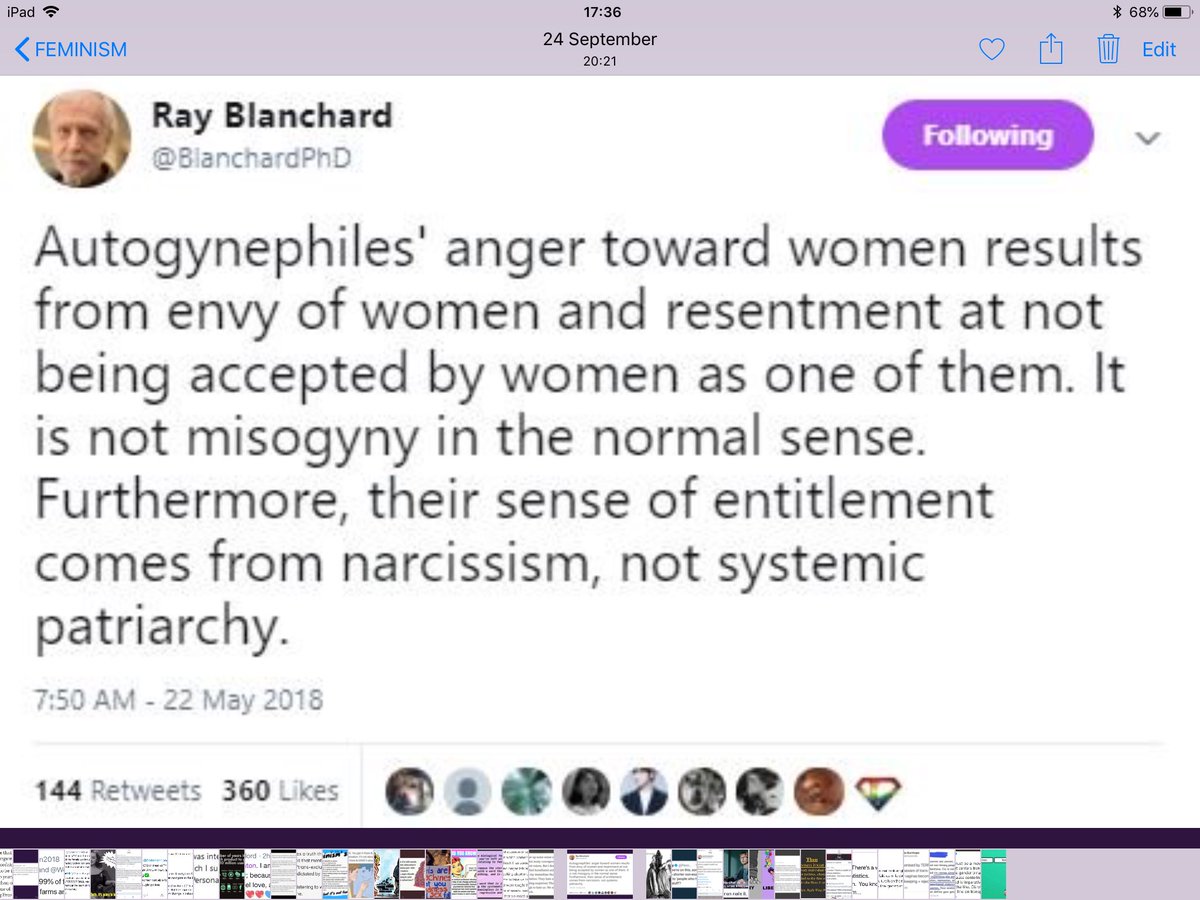 This is why the demand is not for rights, but for full acceptance as women and full access to all women’s spaces, and why no compromise can be entertained.

And this is basically a demand for the legalisation of mass sexual harassment of women.

So here’s my position, which you can adopt if you agree. Woman is taken, and means adult human female. Transwomen are transwomen and should have rights and recognition, and be able to live free of harassment.

And any government which tries to remove my sex-based rights is a government I will no longer recognise as legitimate. It’s revolution, baby.

You had better believe women will die on this hill.